Champion was established in 1945 by B. J. Mascow.  His career in the screw machine industry began in 1922 at the Federal Screw Works Company.  In 1930, he moved to Modern Collet & Machine Company where as vice president and sales manager he became known as a screw machine expert.  After World War II, in 1945, he and his brother, John A. Mascow, left Modern Collet to form Champion Screw Machine, Inc. The business thrived for the first four years selling replacement parts and surplus screw machines.  Then John was forced to take over the business because of the sudden heart attack of his brother. 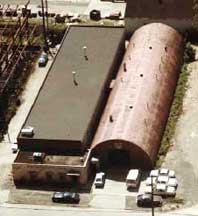 The next generation began with Ralph and Harvey Mascow.  These two brothers built Champion together over the next four decades.  Due to the enormous increase in business, Champion had to think about finding a new location.  Then in the early 1970’s Champion moved its doors to a spacious 15,000 square feet building on Glendale Avenue, in Detroit.  Harvey Mascow oversaw the day to day business for the next two decades.

Champion’s customer base and inventory was on the rise.  Another move was becoming evident.  Along with the increase in business, came a drive from the next generation to expand Champion to include a complete in house rebuilding center and state of the art computerized inventory and tracking system.  This would call for a custom built modern facility.

In 1992, Champion moved its headquarters 20 miles west to 30419 Beck Rd., in Wixom, Michigan.  The third generation Edward Mascow, Katharine Mascow Coffman, and Susan Mascow Gorniak worked together with their highly skilled team of managers to build Champion into the largest supplier of National Acme screw machine parts in the nation.  Today the 4th generation Kevin Coffman & Nick Coffman are looking to continue Champion’s legacy in the metal turning industry.

“Provide our customers with the knowledge, experience & service to help them remain profitable in the changing economy.”

Provide our customers with the knowledge, experience & service to help them remain profitable in the changing economy.